2016 spring exhibition combines Wagner Nandor's art pieces showing dancers and lotus the praised plant of East. It is a new initiative that art and history, taking care of lotus will be combined. The lotus expert of Utsunomiya Mr. Yōzō Innami will give a series of lectures. The exhibition will open from 15th of April and visitors can enjoy it until 15th of May. 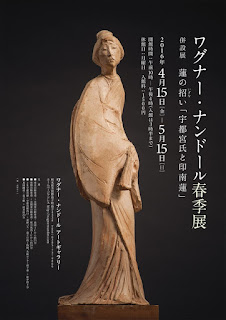 The lotus which woke up after 460 years later.
A group of enthusiastic lotus lovers headed by Mr. Innami unearthed 80 seeds by research excavation from the old Lotus pond (hasuike) of Utsunomiya castle which was filled in centuries ago.  Castle Old Hasuike Revival Exploratory Committee made a fruitful harvest by picking the seeds from the enormous volume of old clay. It was possible to make bloom first flower by Mr. Innami who is passionate collector of lotus. He succeeded to germinate some seeds and brought them up to flowering plant after 3 years. It's revealed that the lotus which bloomed is 1550-1850 time actually by dating by radiation. The lotus was named after him as Inami lotus. 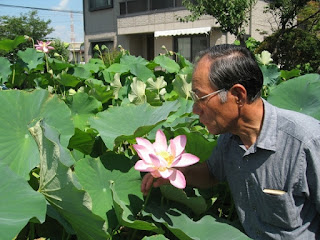 Mr. Innami posing with flowering lotus named after him. 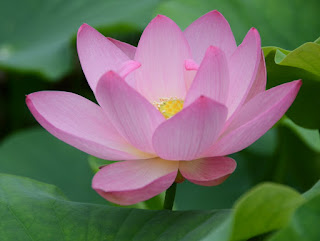 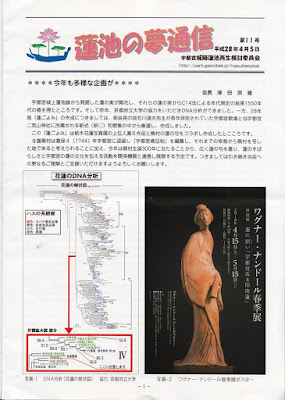 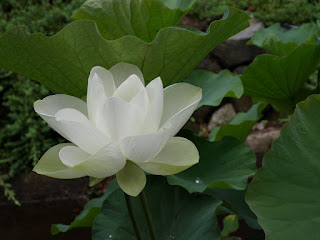 Mr. Innami presented a white lotus to Mr. Nandor Wagner many years ago.
It brings flowers since then.

Posted by Wagner Nándor at 06:51 No comments: