With Season's Best Greetings we wish our Readers good health, happiness and success for 2015! 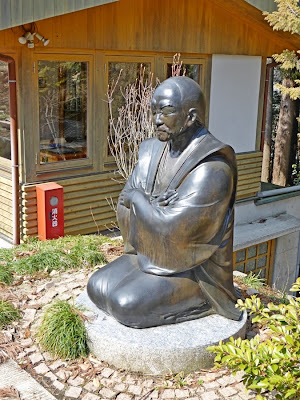 Miyamoto Musashi (宮本 武蔵, 1584 –1645) was outstanding Japanese ambidextrous swordsman.  He refined the two-sword technique. As rōnin he excelled in swordsmanship and was winner in numerous duels. He was the founder of the Niten-ryū style of swordsmanship after his Buddhist name, Niten Dōraku.  After finishing fights in 1633 he started to paint and to write. Both calligraphies and classic ink paintings created by him are recognized masterpieces. His Book of Five Rings (五輪の書 Go Rin No Sho) on strategy, tactics, and philosophy has been studied even today. Nandor Wagner was found of his individual way and fights and he felt a resemblance with his own life. He studied Miyamoto Musashi's philosophy.

Posted by Wagner Nándor at 13:31 No comments: