After 16 months of planning and preparation the Moses statue created by Nándor Wagner has been placed at Krisztus Király catholic church in Dunaujváros on the 16th of April. 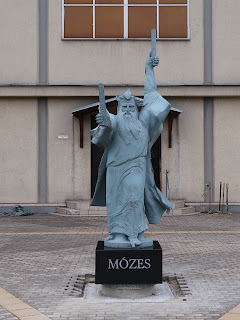 Afternoon 15:00; the placement was completed

The name of Nándor Wagner is well-known in this city, which had the name Sztálinváros in the 1950-ies. His fountain composition Girl with Water Jar and Eight Frogs was the very first statue in that city, placed in 1954. The name of the city needs an explanation. This agricultural settlement was esteblished around the 10th century, and named Pentele after Saint Pantaleon. Due to the movement that Hungary should become the country of iron and steel during the socialist period the greenfield construction of a new industrial city started in 1949. The combined settlement was renamed Sztálinváros (Stalin City) in 1951. But after the Hungarian revolution of 1956 the new government gave the name Dunaújváros in 1961. 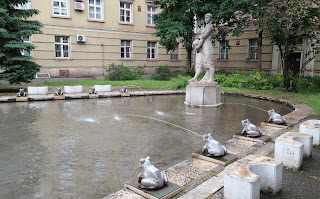 His wife Mrs. Chiyo Wagner paid several visit here. She was pleased to note that the fountain composition of her husband attracting so many young mother with children, that it was almost difficult to take a clean photo of it. The books written about Nándor were presented by her to the local József Attila library.

The year 2019 brought the 150th anniversary of establishing diplomatic relations with Japan and Mrs. Chiyo Wagner offered the Moses statue of her husband to commemorate the jubilee.

Nándor Baltási catholic parish priest has never heard about the Moses statue created by Nándor Wagner but he knew very well the Girl with Water Jar and Eight Frogs fountain's popularity. After a proper introduction by Tibor Bráda recognized painter and glass artist Nándor Baltási parish priest doubts arose that he could receive the statue as a gift. The church is a modern one constructed between 1993 and 2000, but they could not afford valuable art objects, so such a great gift finally was welcomed. Placing a statue of Moses is a sensitive matter, but it can be very effective in the right place, as in front of the main entrance. After having signed the contract between the Krisztus Király catholic church and Mrs. Chiyo Wagner it took 10 months to realize the placement. Please follow the placement in photos step by step  as below: 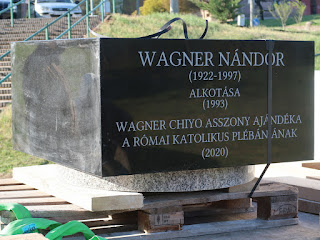 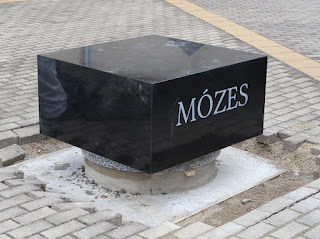 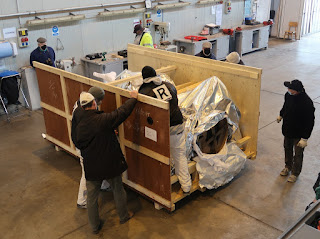 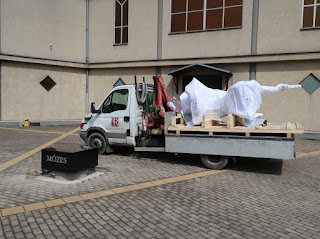 11:31; Statue of Moses was delivered to the main entrance of the church 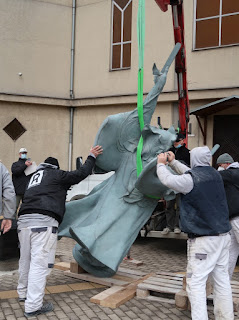 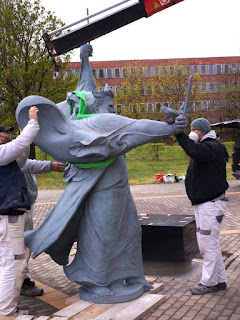 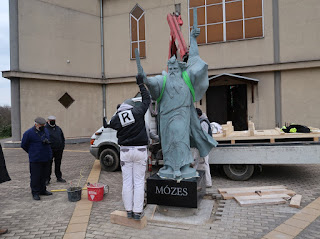 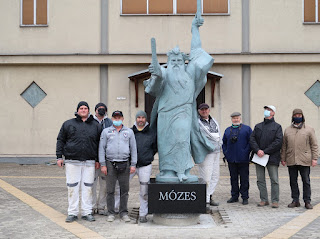